The poster family for America’s 1%, the Vanderbilts lived lavishly from wealth accumulated from the railroad business during the Gilded Age. A Dutch family led by Cornelius “Commodore” Vanderbilt, he started the massive fortune by borrowing $100 to begin ferrying passengers from Long Island to Manhattan. He eventually went into railroads and his success created wealth of historical proportions. Though the third generation began to see a decline in fortune, heiress and successful fashion-designer Gloria Vanderbilt was a pioneer in a new family work ethic which was handed down to her son, CNN anchor Anderson Cooper. Much admired, Gloria Vanderbilt recently passed away at the age of 95. The elegant Manhattan mansion still known as the Vanderbilt Mansion, where Gloria Vanderbilt lived as a child before her mother took her to live in Paris, is now for sale priced at $50 million.

Originally built by Robert B. Lynd in 1891 and restyled in 1905 by William Strom, the seven-story townhouse is located at one of Manhattan’s most-sought-after addresses on East 72nd Street. Designed in Néo-Grec style, the 18,408-square-foot townhouse is 27-feet wide with 12 bedrooms, 11 full bathrooms, three powder rooms and approximately 1,500 square feet of outdoor space. Rooms have 12-foot ceilings and there are three gas fireplaces. Enviably located between Madison Avenue and Fifth Avenue, it is a stone’s throw to Central Park in a neighborhood awash with art galleries and boutique shops. Currently divided into three luxury condos with multiple options for reconfiguration, the townhouse was again restyled and updated in 2018 by CetraRuddy using marble and many elegant finishes, flooring, lighting and the best appliances. The units could be combined as one residence, two rented with one owner occupied or one occupied, one as guest accommodations and one as staff quarters. The three units can be purchased together or purchased separately.

East 72nd Street has long attracted celebrities in the arts and fashion-design world. Ralph Lauren moved there in 2010, Yoko Ono still lives in the same apartment she shared with John Lennon; Leonard Bernstein, Margaux Hemmingway, Joan Fontaine, Dorothy Parker and John Steinbeck have all called East 72nd Street home. Though many of the street’s Gilded Age mansions have been torn down to accommodate exclusive apartment blocks, the sandstone Vanderbilt mansion, as it is still referred to today, is a beautifully kept building that blends attractively with its neighbors.

A townhouse steeped in Gilded Age history of industrial wealth and former home to one of America’s well-known families is now for sale, priced at $50 million for the building or priced separately as three individual apartments. The listing agent is Lauren Muss of Douglas Elliman Real Estate, Madison Avenue office. 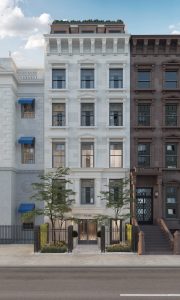 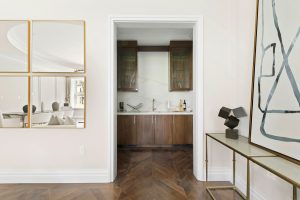 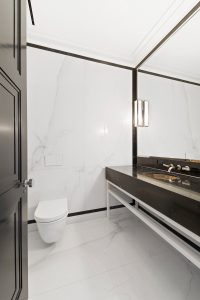 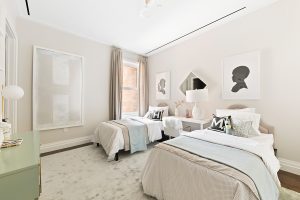 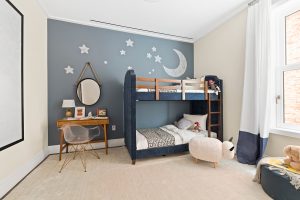 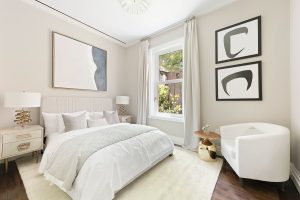 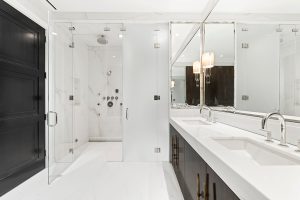 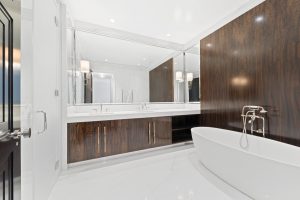 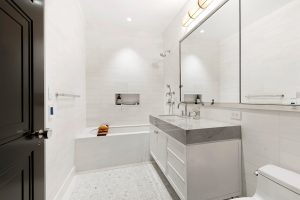 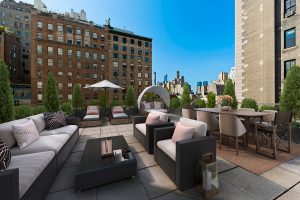 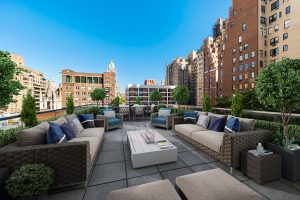 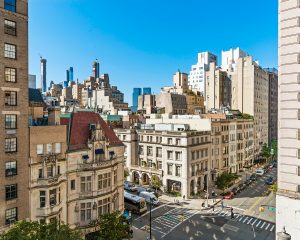 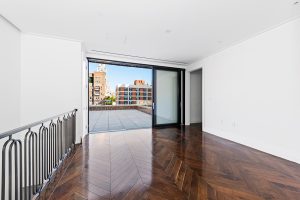 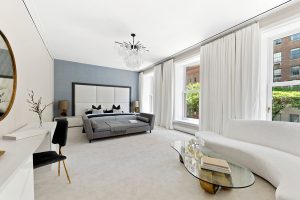 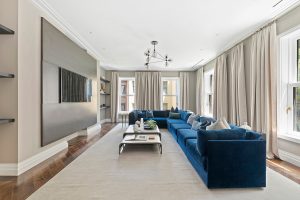 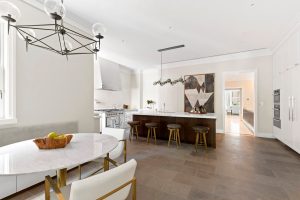 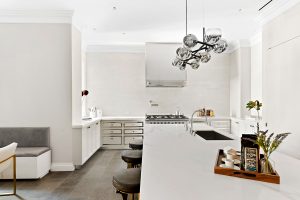 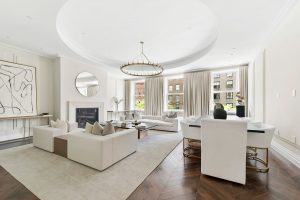 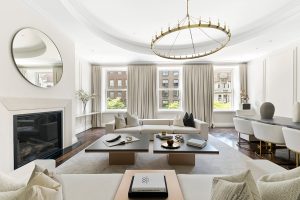