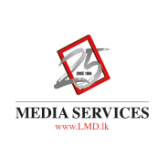 20 REASONS YOU NEED TO VISIT SPAIN

Spain’s cuisine, architecture, and beaches lure travelers to its shores, earning it the spot as the second most-visited destination on the globe after France.

Aqueducts and ancient ruins, which dot the countryside, are lingering signs from the Romans who once ruled. If you crisscross the country from the northern surf town (and unofficial capital of haute cuisine) San Sebastián along the French border to Andalucía’s ancient port city of Cádiz on the southwestern tip, you’ll discover a landscape as diverse as the people, where Moorish architecture clings to cliffs along the Mediterranean Sea and peaks in the Pyrenees offer up some of the country’s most spectacular hikes. (Discover more things to do in the Mediterranean.)

Former first lady Michelle Obama has snagged her first Grammy win for the audiobook version of her best-selling memoir “Becoming.” It’s the third Grammy win for the Obama household.
Obama’s husband won for the audiobook recordings of his memoirs “Dreams of My Father” and “The Audacity of Hope” in 2006 and 2008.
Obama’s win for best spoken word album beat out nominees John Waters and the Beastie Boys, among others. She did not attend the ceremonies.
The text version of “Becoming” has sold millions of copies, and had the longest streak at No. 1 on Amazon for any book since “Fifty Shades of Grey” in 2012. The memoir traces Michelle Obama’s Chicago roots to her time in the White House.
Obama isn’t the only former first lady to win a Grammy for best spoken word album. Hillary Clinton won in 2003 for “Living History.”

A TESTAMENT TO TRADITION AND NATURAL BEAUTY

Anticipation is one of the signal pleasures of visiting Maine. It’s a state tucked so deeply into the farthest reaches of the American Northeast that getting there can feel like an old-fashioned journey, even in this age of planes, trains, and automobiles. That feeling is amplified when the final destination is not just Maine but Skylands, Martha Stewart’s summer place on remote Mount Desert Island, where my son, Christoph, and I spent a long weekend last summer.

KEEPING UP WITH THE GRAMMY AWARDS!

But there’s no surprise there. The music industry continues to churn out hit after hit, making it increasingly difficult for the Recording Academy to choose just one person for the various categories. Choosing between Rosalia, Billie Eilish, Lizzoand so many new artists is no easy decision, but thankfully it appears that win or lose these stars are guaranteed to give fans their all.

This Sunday night each of the musicians will be hitting the stage to show off their musical talents, along with other nominees like Jonas Brothers, Ariana Grande and more. It will be over three hours of nonstop performances and that’s not even including the red carpet coverage.

READY TO PLAN YOUR NEXT VACAY?

Every year, we here at AD bring you a list of the top travel destinations that should be on your radar for the year ahead. It’s not enough for a destination to be a nice place to visit—it’s got to be appealing to architecture and design lovers, perhaps because of an exciting new museum, a major design-themed event, an important anniversary, or just because it’s at the forefront of a burgeoning design trend. As always, we consulted trusted travel advisers, award-winning tour operators, and other industry experts to weigh in on the places that are most worth your hard-earned money and vacation time in 2020. From under-the-radar European cities and remote islands to classic destinations with new reasons to visit, these 20 places top our must-visit list for 2020.

THE CURE TO CANCER?

The Cardiff University team discovered a method of killing prostate, breast, lung and other cancers in lab tests.

The findings, published in Nature Immunology , have not been tested in patients, but the researchers say they have “enormous potential”.

Experts said that although the work was still at an early stage, it was very exciting.

The palatial 1940’s Malibu Hills equestrian estate once owned by Kelsey Grammer and ex-wife Camille Grammer, star of The Real Housewives of Beverly Hills, has hit the market priced at $19.95 million. In addition to its celebrity owners’ history, the home was often seen in Camille’s Real Housewives television episodes.

Five-time Emmy winner and with three Golden Globes for his pompous but charming roles in Frasier and Cheers, the multi-talented actor, musician and vocalist Grammer met Camille in 1996 while she was working for his production company. Married in 1997, they purchased the private, guard-gated French Country home in star-studded Serra Retreat a year later and Camille continued to live there after their divorce in 2011. The Grammers put it up for sale in 2012 and it sold in 2015.

BAD BOYS FOR LIFE: THE VERDICT

What goes into making a ’90s thrill chasing, explosive and downright hilarious ‘cops and robbers’ flick? Well, you need a typically flashy Miami detective – courtesy of Will Smith – and a more sedate and platonic life partner, played by none other than Martin Lawrence. Even so, what interested an audience back in the ’90s won’t necessarily be entertaining in 2020.

This was the case with the latest instalment of the Bad Boys franchise. We could chalk it up to bad timing for Smith (what with Gemini Man hitting rock bottom and all) but if I am being honest, the entire film was glued together with a case of ‘bad’ everything and not merely a bunch of grown men referring to themselves as ‘boys.’

When you think of Princess Diana’s makeup, it’s hard not to think of her signature flushed cheeks and striking blue eyeliner, which became her signature look.

The makeup artist responsible for Diana’s signature look was the legendary Mary Greenwell, whose clients include everyone from Naomi Campbell to Victoria Beckham and who trained both Charlotte Tilbury and Lisa Eldridge.