Designs on the Environment

THE DUCHESS OF CAMBRIDGE’S MOST ICONIC FASHION MOMENTS

MEET THE FRIENDLIEST CITIES IN THE WORLD 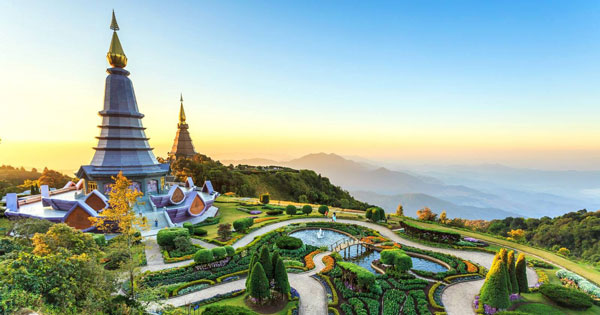 For years, we’ve asked our readers to rate a city’s “friendliness” in the Readers’ Choice Awards survey, focusing on where you felt welcome when you traveled. Did an outgoing local go out of their way to give you directions? Was the city easy to navigate? Did you simply get good vibes from the people around you? For our 33rd annual Readers’ Choice Awards survey—yes, more than three decades—the impressive number of 2020 results were especially touching for us: even in an off year for travel, you still wanted us to know your favorite spots of all time. Here are the 10 cities you voted the friendliest around the world.

Sophisticated, stylish, free-spirited: Melbourne has all of Australia’s best personality traits. There’s more risk-taking and art-making in Oz’s second-biggest city—and arguably the cultural capital of the country—so the ideal trip samples a little bit of everything. Whether you’re sampling some world-class art, famous coffee, or legendary beaches, you’re sure to rub elbows with a diverse group of residents ready to chat you up or give personal recommendations.

Whether you’re interested in historic architecture, delicious food, or scenic landscapes, Hoi An is the Vietnamese destination for you. Honored as the ninth friendliest city in the world by our readers, the ancient port city has a relaxed pace of life that’s appealing to both locals and travelers. One major reason why? Most motor traffic is banned from the well-preserved Old Town, a UNESCO World Heritage Site, making it all the better for the pedestrians who stroll the streets to take in the 15th- to 19th-century architecture. (You can see much of that architecture because Hoi An, unlike many Vietnamese cities, escaped largely unscathed from bombing during the Vietnam War).

Sure, the capital city of Dublin has seen a spike in global companies and expats putting down roots, but it maintains its hospitable Irish core. Notably friendly residents give Midwesterners a run for their money, and you never get shoved aside on a busy street; it’s par for the course to slow down to a stroll through St. Stephen’s Green, or linger over a meal at one of the city’s buzzy restaurants. Nearly every street has (at least) one pub filled with locals and tourists coming together to celebrate life—and that welcoming vibe lasts long after a couple pints.

Galway is in a prime location on Ireland’s west coast, close to the Aran Islands and Connemara region. But the town itself is so charming, you might find yourself sticking close to the cobblestoned streets and ancient architecture for at least a day or two. Readers were particularly struck by the locals, who will instantly make you feel welcomed. During the day, make time to snap some photos of the Spanish Arch and the Claddagh; nights are reserved for sipping brews with the friendly crowds.

While Kiwis have long had a reputation as some of the kindest, most hospitable people on the planet, it might surprise you to know that some 40 percent of the population of Auckland, the sixth friendliest city on our list, was born overseas—perhaps it’s the city’s openness to multiculturalism that lends a sense of affability among its residents. Though many international visitors to New Zealand rush to the capital city, Wellington, or the dramatic landscapes of the South Island, you’d be remiss to skip a stay in Auckland. Beyond having beautiful places to hike, sail, and surf within easy reach, the city has a diverse culinary scene to match its worldly population.

The world’s adventure tourism capital has made the list again this year. It’s not necessarily that Queenstown is any friendlier than Auckland or Wellington or Akaroa, but what we love about it today is how it shows off how infectious the Kiwi-friendly factor is. Upon visiting, you’ll probably notice a ton more Brits, Americans, and Canadians working alongside the locals at the rafting companies and lake-front bars than in the past. All of them had the trademark Kiwi ease, warmth, and happy smiles that make traveling down there almost more worth it than the Zorbing.

Voted the best small city in the world for 2020, San Miguel de Allende’s appeal extends beyond its Spanish Colonial architecture and colorful facades. A hub for expat artists, this highland city features a diverse and gregarious class of locals—although its far-from-the-coastline location has helped the area remain insulated and authentically Mexican. Take your pick from more than 350 restaurants ranging from five-star restaurants to local mom-and-pop eateries, then take a step back in time with a stroll along the well-preserved cobblestone streets.

The capital of the Mexican state of Yucatán is also the cultural capital of the peninsula of the same name, blending two important parts of Mexico’s history, the Mayan culture and its colonial past. The inland city draws tourists seeking a bit of a slower-paced vacation than what you’d find at the bustling all-inclusive beach resorts of Cancun and the Riviera Maya. In Mérida, travelers delight in culinary, cultural, and creative experiences—and chatting it up with the friendly locals, who have earned their city the third spot on our list.

Luang Prabang might just be the ideal southeast Asian city. You won’t find temples or ruins, but you will find a culture filled with happiness and a pure enjoyment of life. You can walk the entire length of the city center in about 20 minutes, but be prepared to stop frequently as you pass local vendors and food stalls selling the best bowl of noodles you’ll ever have. At night, the city enters its second act as a smoky dreamscape, punctuated by noisy, colorful tuk-tuks driving by. And perhaps it’s that ever-moving, yet heat-induced slow pace of life that makes Luang Prabang so very special.

Jumping up to the top spot this year is Chiang Mai, the kind of place where, if you stick around for a couple days, locals will start recognizing you and saying hello. (Prepare to become friends with the guy selling bubble tea on the corner outside your Airbnb by day two.) Whether you explore the old town or enjoy street food at a communal table, you will encounter friendly, welcoming people. Little surprise, given that Thailand’s entire marketing slogan is the “land of smiles.”

MEET YOUR FUTURE FITNESS GOALS WITH THESE WORKOUT TIPS