Gal Gadot’s ability to handle criticism has provided her with a spirit that’s permeated so many of her portrayals of destructive and dynamic characters.

With her outlook, which is a mix of humour with an abundance of humility, she may just be the perfect film star… and certainly one we need to cherish.

‘Be careful what you wish for’ is a phrase relevant to many stars, many industries, many situations. Certainly, as far as the media and general public’s ambivalent approach towards figureheads of the movie industry goes, there are many big name stars who would have been banished to the outer regions of the entertainment world had their critics been successful.

Thankfully, as far as Gal Gadot’s particular brush with disapproval goes – namely that ill-conceived, artistically misaligned rendition of John Lennon’s Imagine at the peak of the pandemic, and her subsequent humility, contrition and ability to poke fun at herself in response to the ensuing criticism – has if anything enhanced her image.

The 36-year-old star of Justice League, Batman v Superman and other blockbusters has not merely recovered from one of the more awkward moments of her career; she now leverages the incident to propel her career.

“I’ve said it before but sometimes you don’t hit the bull’s eye,” she says: “No one gets it right all the time. When you do, great; when you don’t, you learn from it.”

Never were truer words spoken of the unpredictable, unstable and often uncomfortable world of the movie industry. Unlike so many of her peers, Gadot can withstand criticism better than most on the credibility of her curriculum vitae, which includes roles in a variety of film genres.

“ It’s always difficult for women to meet the expectations we have of ourselves now… We’re always trying to please everyone as well as our own ambitions, and we can never manage it 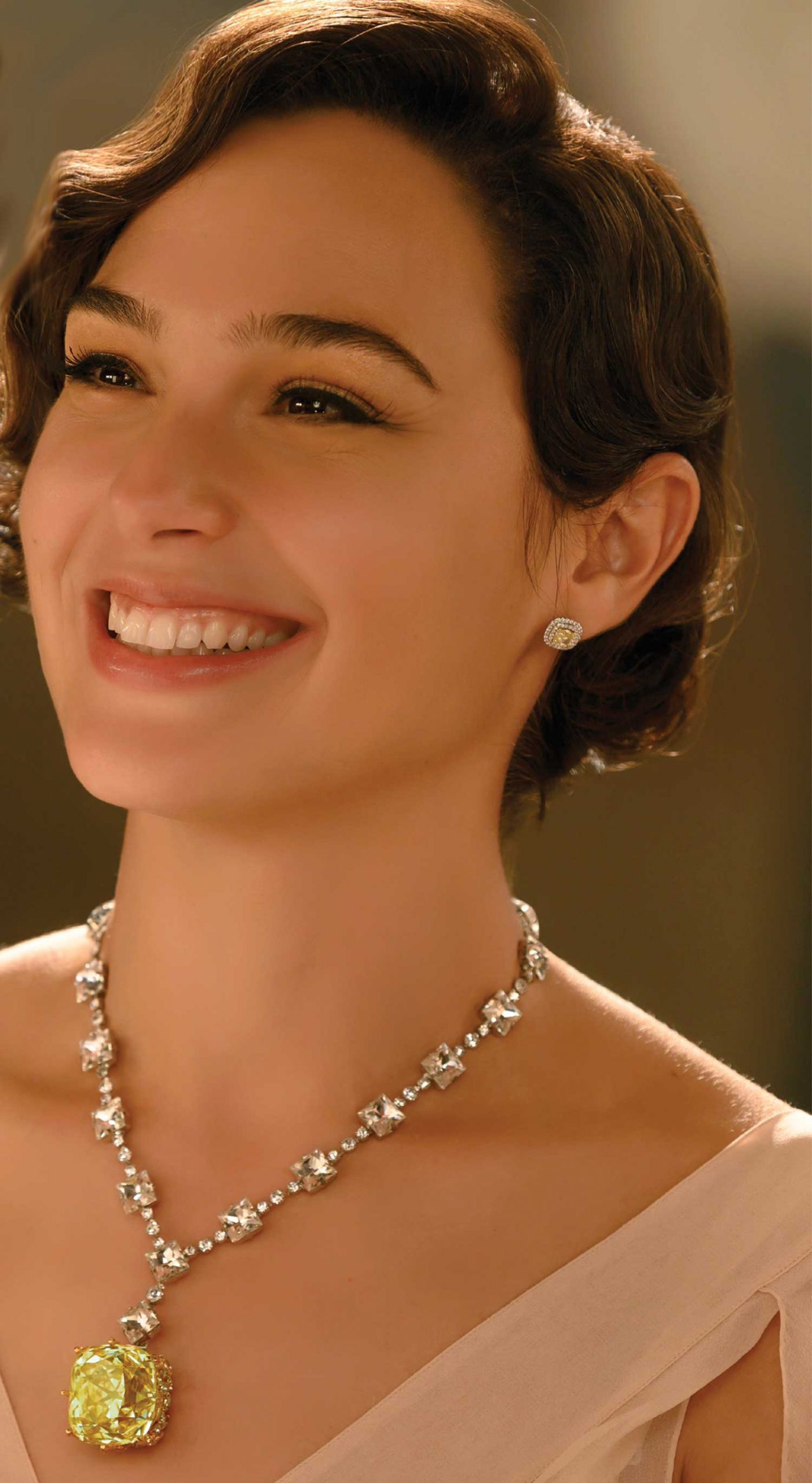 For every Diana Prince role across the various DC Comics franchises, there is Red Notice (a movie that recovered less than one percent of its budget); for each Wonder Woman movie, there’s a Triple 9.

Perhaps however, this is where the former Miss Israel begins to set herself apart from others.

An accomplished and versatile actress, Gadot is clearly someone who can spot a good script when it presents itself. The mother of three arguably gets it wrong less often than most.

The film directed by Kenneth Branagh, Death on the Nile is the latest such example. Gadot accepted a role that whilst stunning in terms of storyline and production, also offered her the opportunity to explore her character portrayal to the advancement of her own development. 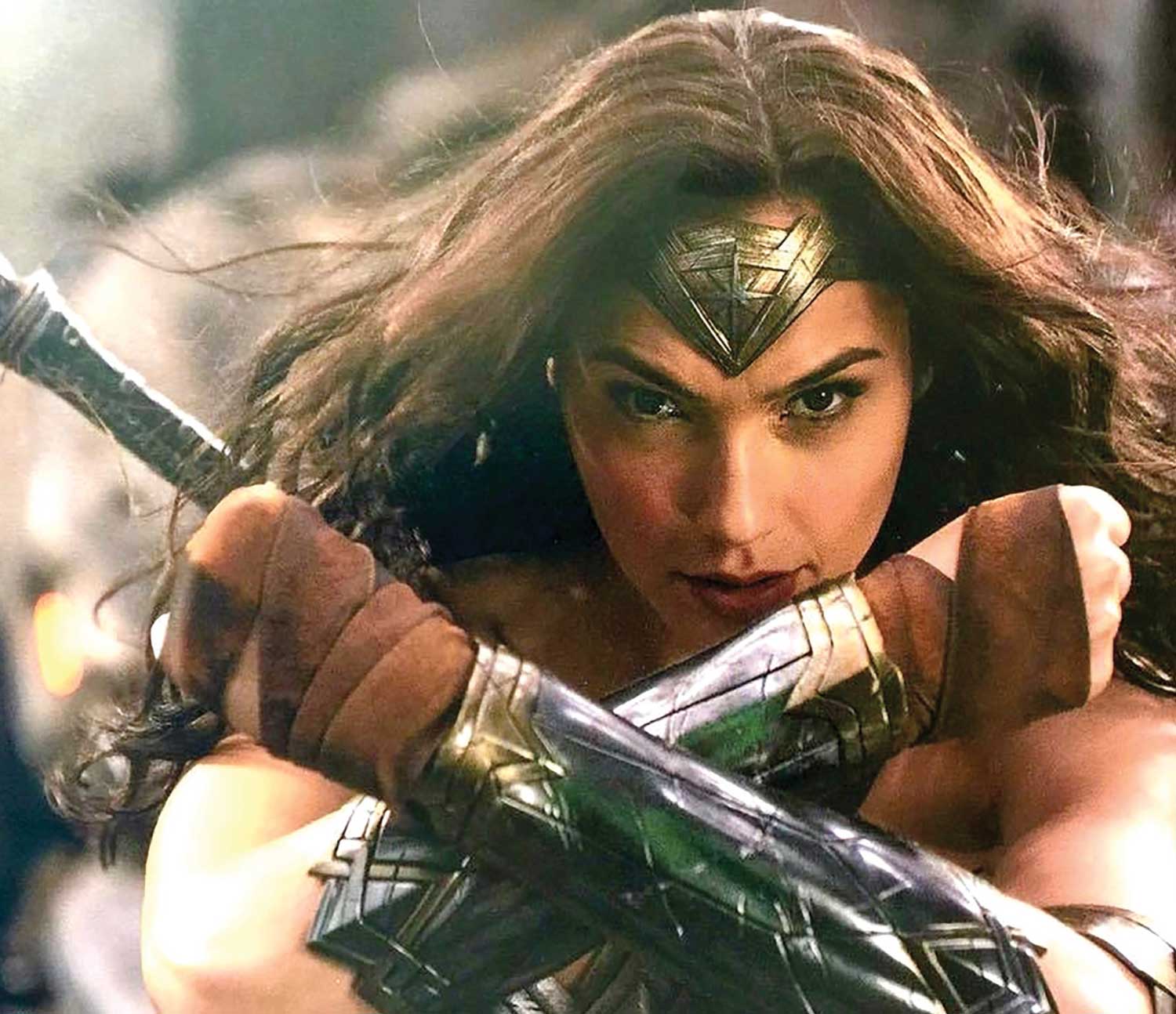 In fact, the movie itself had been in the can for over two years as the project suffered from both the delays and complexities actuated by the pandemic, and the gossip that emerged about her co-stars – notably Armie Hammer.

“Accepting the role didn’t take a lot of thinking about,” says Gadot, adding: “The reality is you know when you get something from the creative mind of Kenneth Branagh, it’s going to have all the richness and depth that some other types of movies perhaps do not have.”

She adds: “The fact Kenneth was starring in this as well as directing it was a big thing for me too. It definitely felt like the right movie at the right time even though getting this to a point of even talking about it has been a very long road indeed.”

A US$ 90 million production budget surely made the movie intriguing and drew a line in the sand, which made Gadot divert her gaze from the superhero genre she had inhabited with such accomplishment.

“I will always love that all action type of movie – the feeling of power and the leaning on fantasy adventure. This is very different though – Death on the Nile represented everything that is different and I will see where things progress onwards from now. It’s an exciting new chapter.”

“Mostly, there was no need to do extraordinary moves and fight scenes, no requirement to wear superhero costumes or undertake tremendous fitness routines before the filming started. I also got to wear some amazing, normal clothes,” she laughs.

Gadot recalls: “I was joking to the other actors and people involved in the film that it was a pleasure to just come into a movie and act, rather than worry about all the technical elements.”

With that in mind, it’s a credit to her that even with nearly two decades of professional acting experience on her resume, she accepts she’s still on a learning curve, and switching to script led drama cannot be taken for granted.

“It’s a true challenge that comes about when you take on a project that means you cannot fall back on or rely on special effects. It’s all you and the people around you, and in many ways you need that reassertion of raw ability every now and again to reconnect you with reality; so I was happy to do that and I hope, happy to prove that I can still do it!” 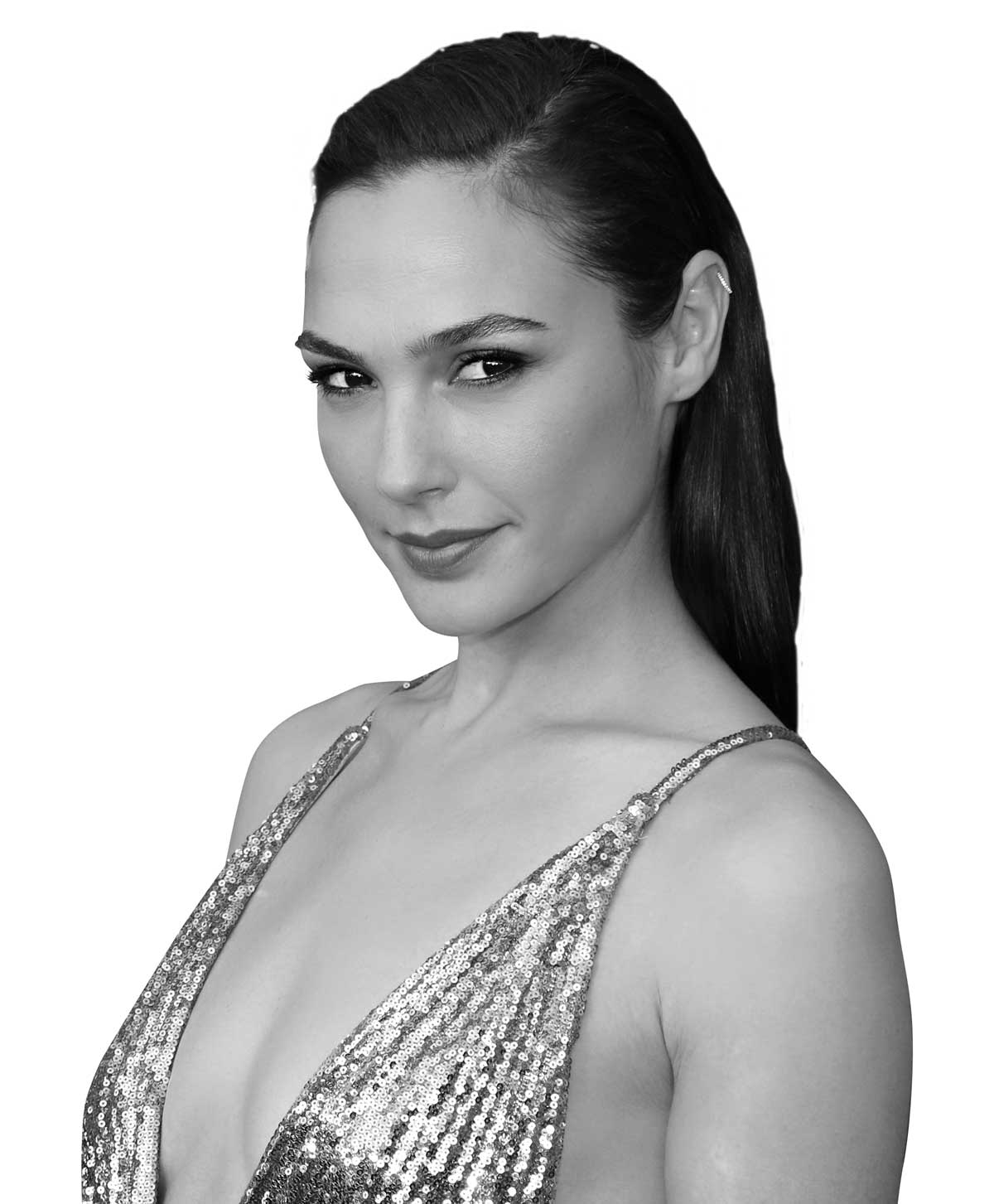 Perhaps Gadot’s determination to substantiate her ability originates from her foundation in the Israel Defense Forces. At 20, she began the mandatory two years of military service, enlisting as a combat fitness instructor. Indeed, she believes it was this foundation that gained her the part of Gisele in Fast & Furious.

Gal Gadot has not always opted for the easier choice, having the courage to make decisions that are right for her at a given time. At the highest point of her professional career, she took time out from the film industry to start a family.

“Motherhood was never going to come second to anything for me so it didn’t really matter what else was happening in my life. Things happen for a reason, and having Alma at 26 was the right time for me,” says Gadot, now 37.

She continues: “To experience that beautiful, joyful feeling of being with my daughter was unparalleled. It didn’t matter for me that it was in my 20s.”

“Many women today believe they should wait until they’ve already established themselves in their careers before having children,” she continues, adding that “for me, I thought it was better to have a child sooner rather than later.”

She adds that “as it turns out, I have carried that on,” referencing Maya (four) and little Daniella (born last year): “Ultimately, I’m lucky enough to have been able to combine work with parenthood. It’s good for me and that’s all that matters.”

“We place probably too much pressure on ourselves because we want to be the best wife and the best mother, and be successful in our careers

Pushing against adverse scrutiny and challenges is clearly something that is inherent to Gadot. She won’t allow anything to deter her from the path of her ambition, as evidenced in her upcoming portrayal of Cleopatra, which is scheduled for release by mid-2023.

Gadot has defended her plan to play Cleopatra following accusations of ‘whitewashing’ from those who feel the lead role should have been given to an Egyptian actress, stating: “I have friends from across the globe, whether they’re Muslim, Christian, Catholic, atheist, Buddhist or Jewish of course... People are people, and I want to celebrate the legacy of Cleopatra and honour this amazing historic icon that I admire so much.”

She says other people are welcome to make their own films. “You know, anybody can make this movie; and anybody can go ahead and do it. I’m very passionate that I am going to do my own too.” 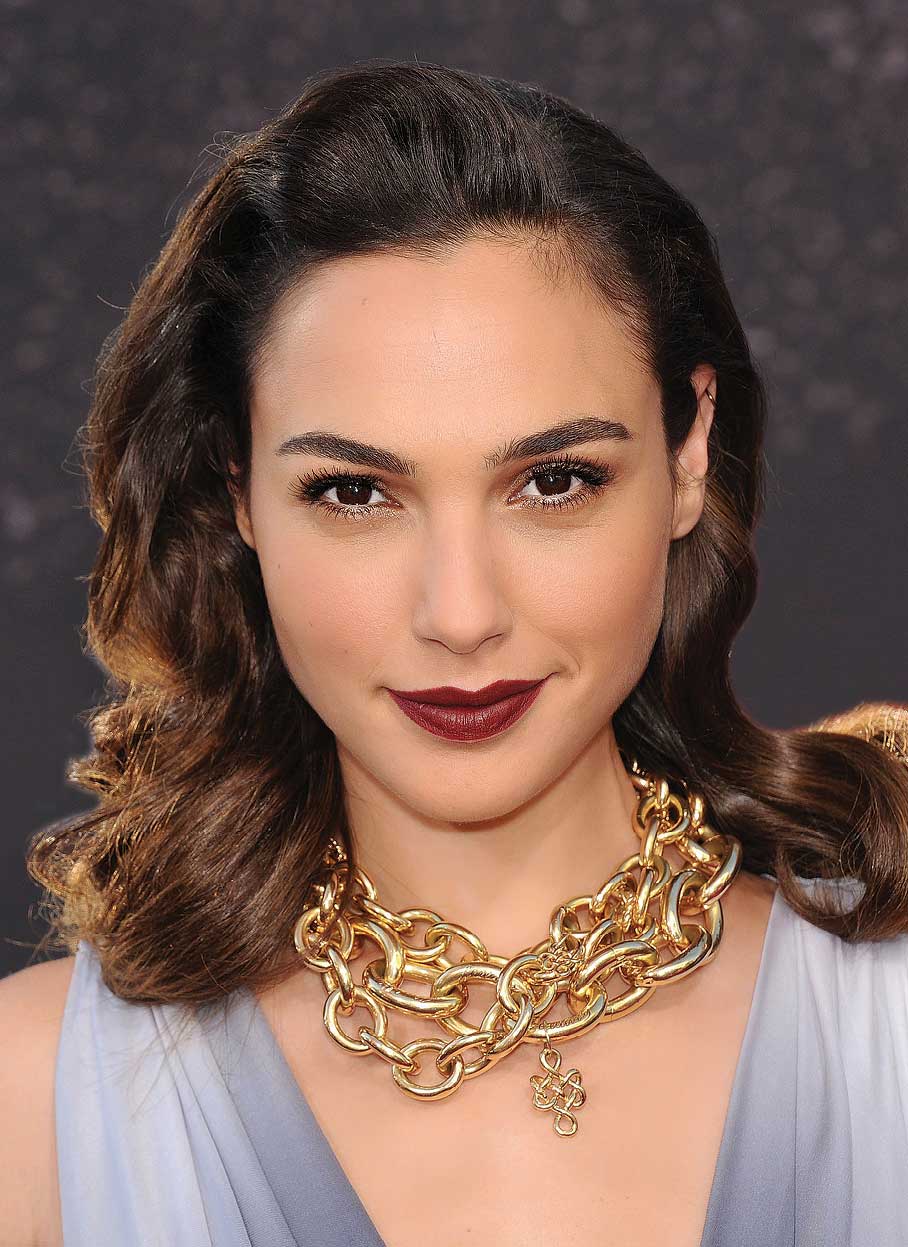 “Our focus as a group working on the film was a desire to be true and honest to her history and native home. We were looking for a Macedonian actress to play the role but that was not something we could find,” Gadot explains.

And she adds: “Anyway, the role of an actor is to step outside of themselves. It is quite simply to act – it is to slot into someone else’s shoes. I’m such a passionate advocate of Cleopatra, and I know so much about her life and how she ruled Ancient Egypt for 21 years before she died in August 30 BC.”

“She is such an icon of history and I admire her so much. This project is a written memory of historical truth; it is a celebration of what an unbelievable person she was,” says Gadot.

Gal Gadot admits this pursuit of dynamic, determined female characters comes from her parents. She was raised in family where independence and strong mindedness were conditions, not choices: “My mother and father wanted us to be very self-confident – and believe that we could accomplish anything in life if we were serious and determined and worked hard.”

“It’s perhaps no surprise I ended up playing Wonder Woman,” she laughs. “Even then, I was told that my boobs weren’t big enough and that I was too skinny. It’s been the same old story my entire life.”

“I’ve said it before but sometimes you don’t hit the bull’s eye… No one gets it right all the time. When you do, great; when you don’t, you learn from it 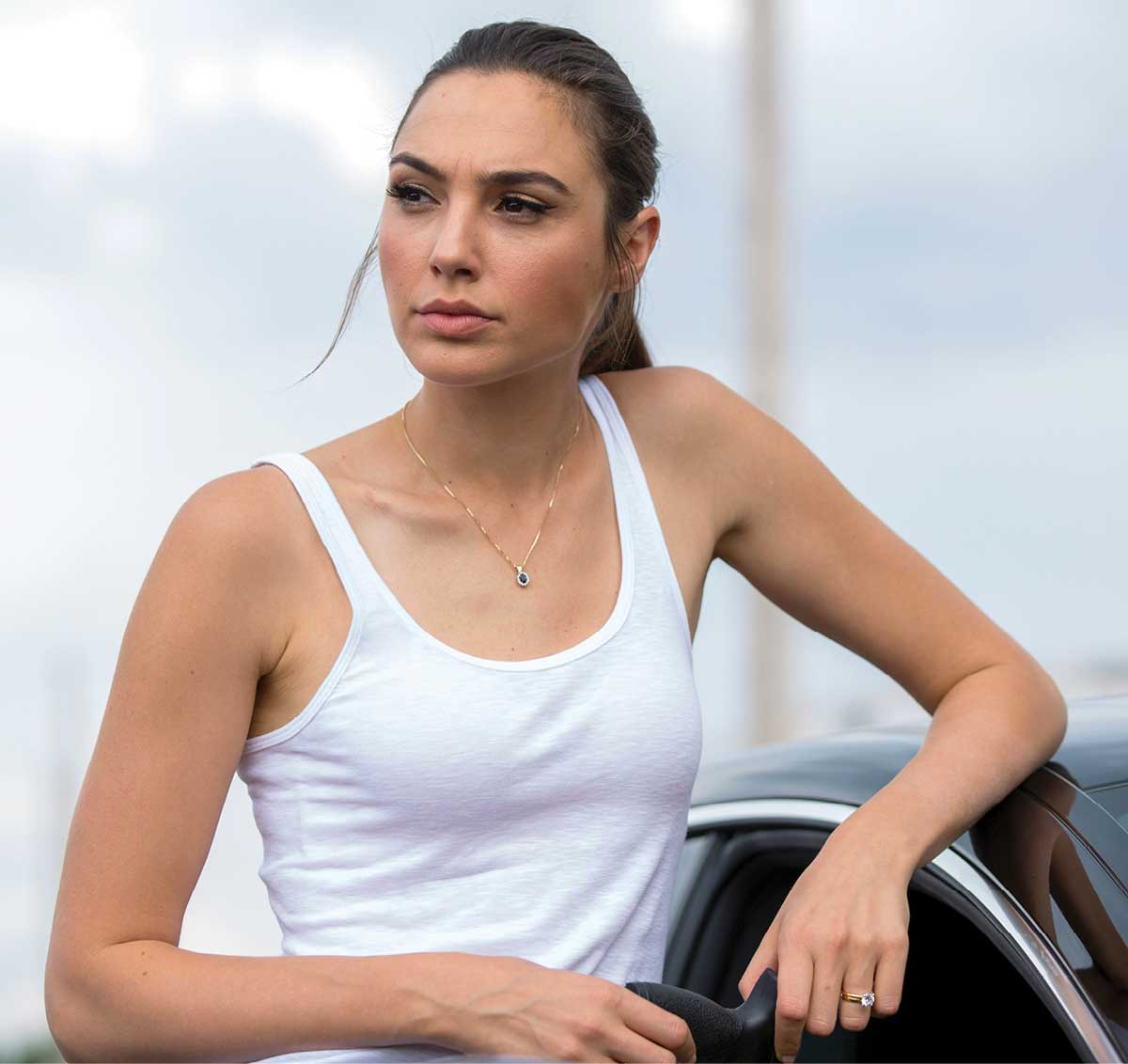 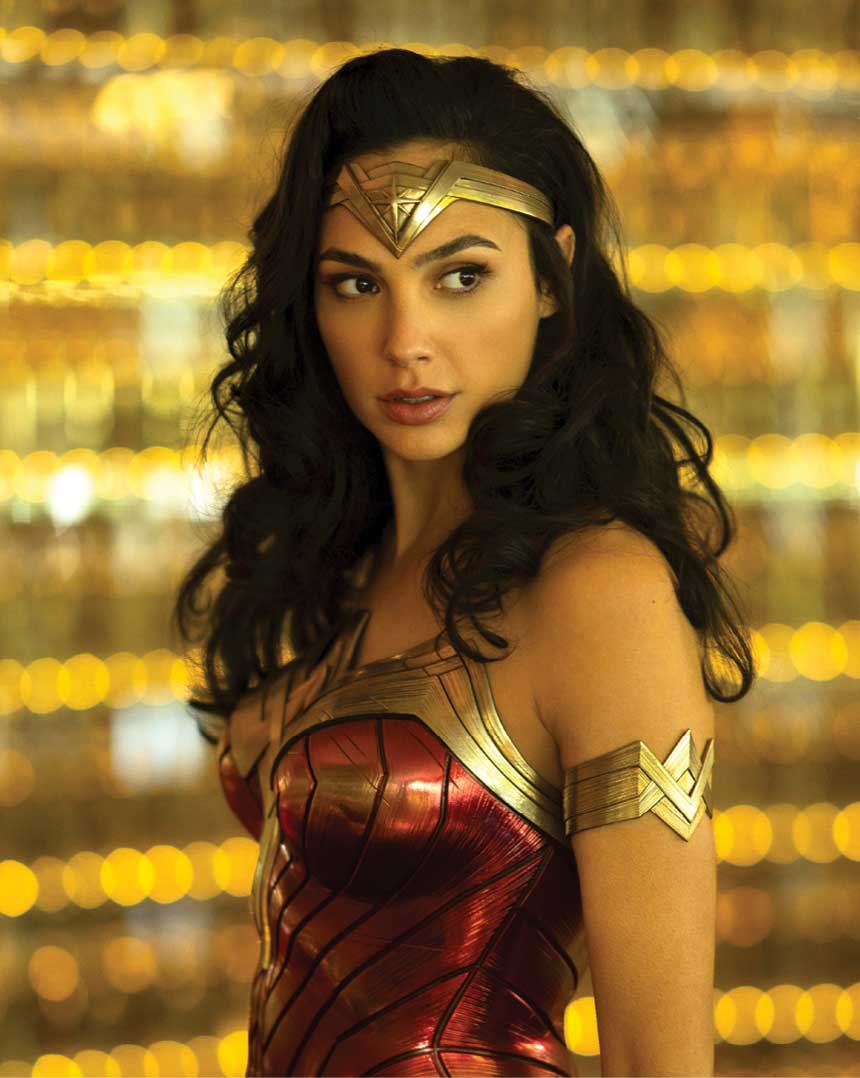 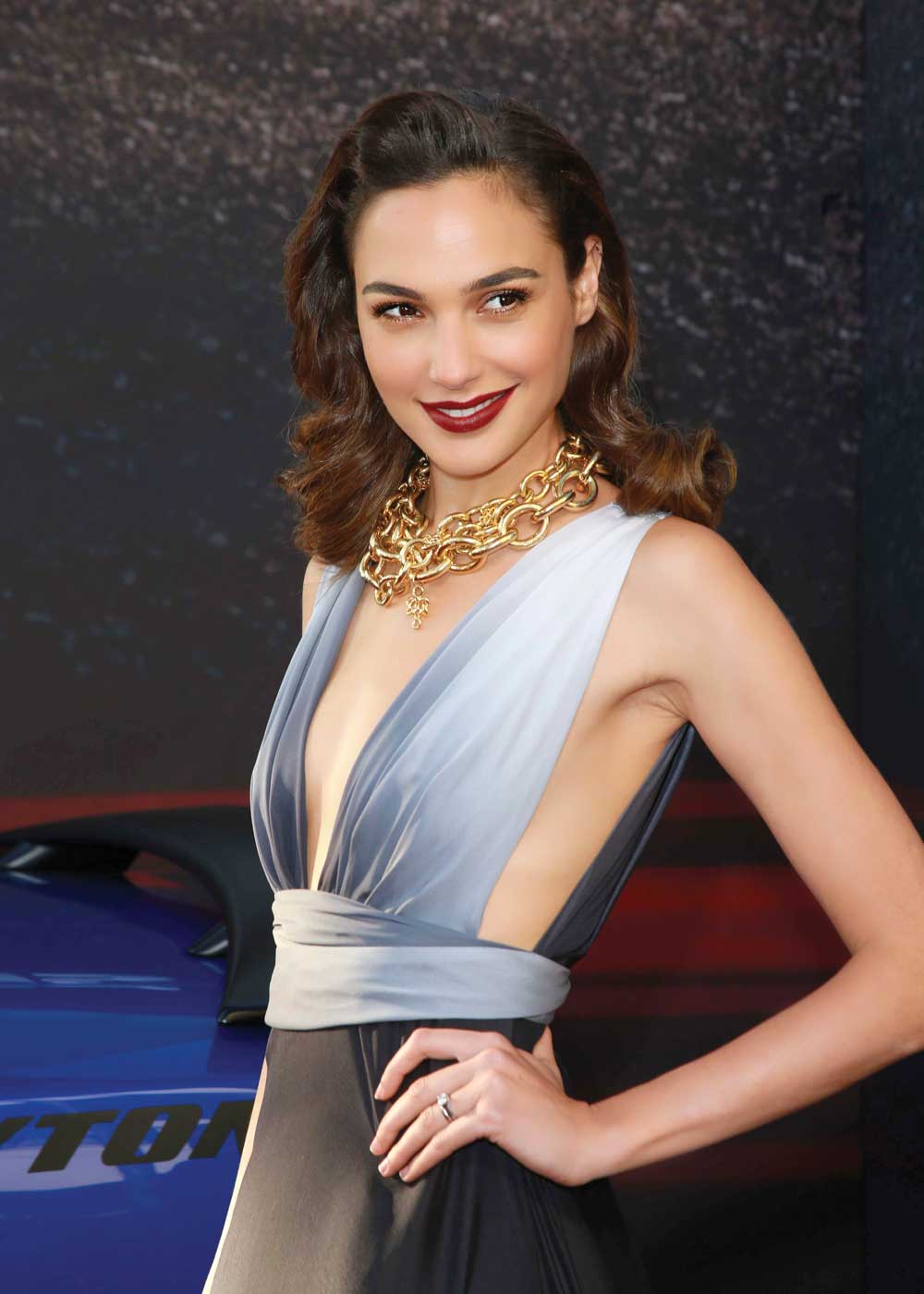 There appear to be few barriers to her success going forward. Married to Israeli real estate developer Yaron ‘Jaron’ Varsano, she has the security that comes with wealth. Yet, personal accomplishment is a major driver of her trajectory and the actress’s desire to be true to her potential is unrelenting.

She asserts: “It’s always difficult for women to meet the expectations we have of ourselves now,” she says. “We’re always trying to please everyone as well as our own ambitions, and we can never manage it.”

“We place probably too much pressure on ourselves because we want to be the best wife and the best mother, and be successful in our careers. We want to spend as much time as we can with our children but of course, we also want to be able to work and have very full lives,” she states, candidly.

“It is not easy; but it’s a challenge – it’s there to be confronted. Live it and keep smiling!” 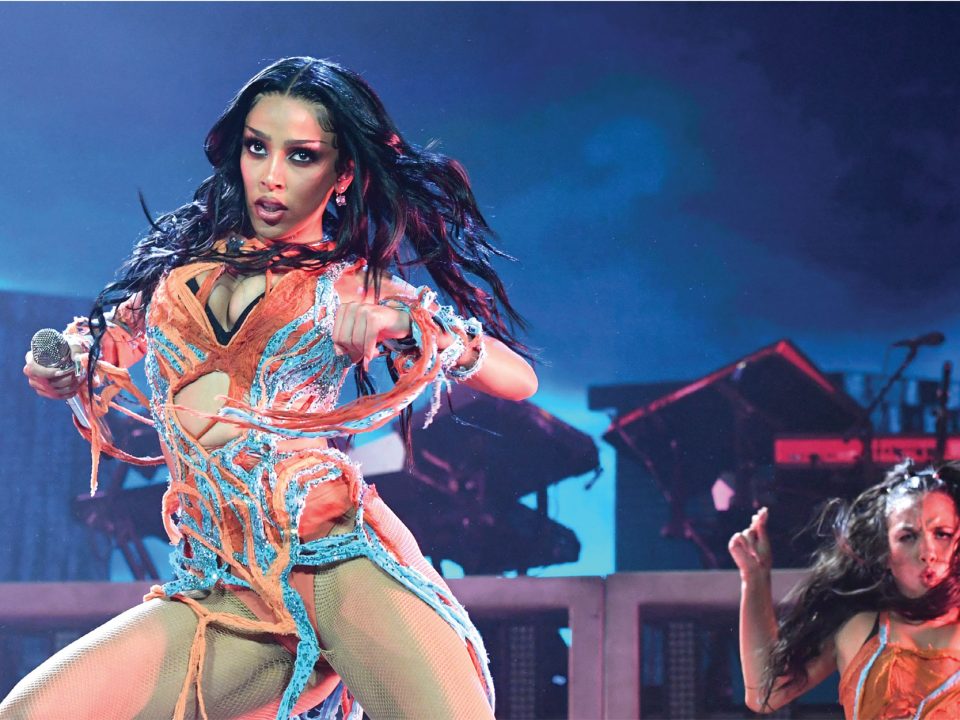 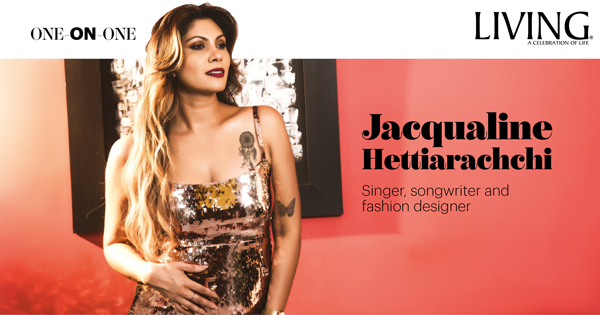